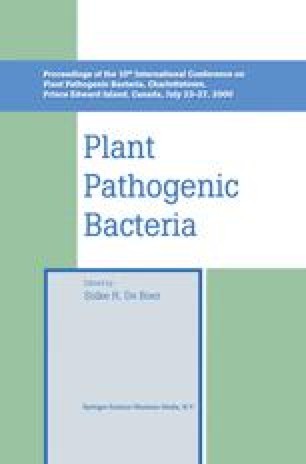 The plant, Agave tequilana Weber var. Azul is grown in México on many marginal and non-marginal soils for more than 200 years for the production of tequila, a typically Mexican drink known all over the world. This plant has suffered an unknown disease which appears as “tristeza” or decline and finally terminate in death. The diseased plant remains sometime small, the leaves close up along the good part of the blade, lower parts of the stem and roots turn black, the heart is invaded by weevils and the bacteria cause reddish rot of the tissues. The disease affects 23 % or more of the plants in the agave growing regions and because of the plant and its disease, the purpose of this study is to determine which microorganisms and insects debilitate the plant and cause its death.

Pseudomonas Fluorescens Banana Fruit Unknown Disease Succulent Leaf Agave Plant
These keywords were added by machine and not by the authors. This process is experimental and the keywords may be updated as the learning algorithm improves.
This is a preview of subscription content, log in to check access.

This work was supported by Consejo Nacional de Ciencia y Tecnología, Consejo Regulador de Tequila and State of Jalisco, México. The species determination of the Thielaviopsis fungus was done by Dr. Ludmila Marvanoca of the Masaryk Univ. in Brno, Czech Republic and the rectification of the genus and species of the Rhinoceros beetles was done by Dr. Jesus Napoles of the Colegio de Postgraduados, Montecillo, Mexico.To all sincere thanks.