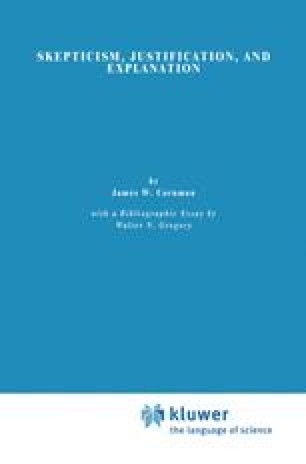 A Foundational Theory with Explanatory Coherence

The minimal foundational theory of the justification of empirical statements is F3, namely:

Acceptable Statement Explanatory System Empirical Statement Minimal Version Maximal System
These keywords were added by machine and not by the authors. This process is experimental and the keywords may be updated as the learning algorithm improves.
This is a preview of subscription content, log in to check access.