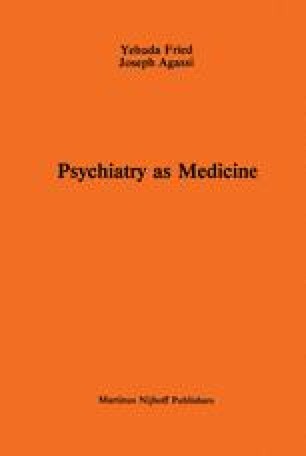 Generalism vs. Externalism: The Concept of Disease

Every profession has an inner opposition from time to time, yet the opposition psychiatry has recently met is more than a mere expression of some inner dissatisfaction. This new movement has gained popularity outside professional circles, where it is known, somewhat inadequately, as antipsychiatry. Inadequately, because antipsychiatry is not opposed to psychiatry in general, but rather, at least according to one of the key claims of antipsychiatry, it is opposed to the Establishment of psychiatry or, if you will, to the vices of psychiatry. The chief vices of psychiatry, say its opponents from within, is the fact that it is built upon a general medical model. This model, the complaint continues, is employed in traditional psychopathology as much as in traditional physical medicine; yet in psychiatry it is entirely useless. The mere words — ‘the medical model’ — provoke endless anger and uncontrolled rage in some antipsychiatric circles.

Medical Model Internal Environment Scientific Revolution Externalist View Independent Life
These keywords were added by machine and not by the authors. This process is experimental and the keywords may be updated as the learning algorithm improves.
This is a preview of subscription content, log in to check access.