Laws and other Worlds 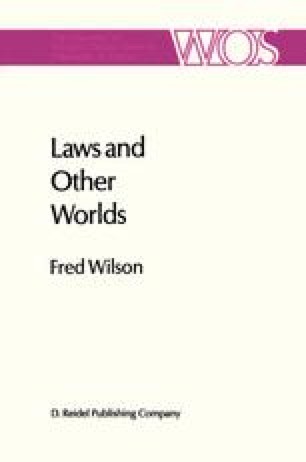 Chapter
Part of the The University of Western Ontario Series in Philosophy of Science book series (WONS, volume 31)