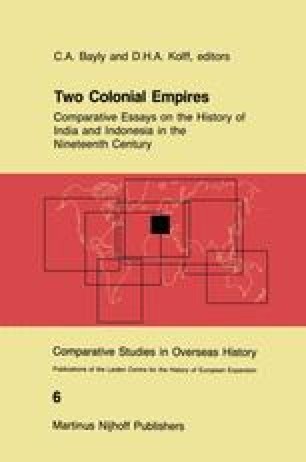 The cultivation system was founded by Governor-General Johannes van den Bosch around 1830. It imposed upon the Javanese population the obligation to grow and make deliveries of coffee, sugar cane, indigo, pepper, and other export products in exchange for crop payments. These payments were not commensurate with the market value of the products or with the efforts required from the planters. In this way, the Dutch government took over the management of the Javanese export production after private entrepreneurs failed to do so before 1830. The cultivation system brought Java into the world trade system, where Dutch trade and shipping formed indispensable links. The products of the cultivation system were transported to the Netherlands on Dutch ships — a task which was entrusted to a semi-national firm, the Nederlandsche Handel-Maatschappij (Dutch Trading Company) — and sold there. The results of the cultivation system exceeded all expectations. The value of (international) exports from Java amounted to 11.3 million guilders in 1830, and in 1840, this figure rose to 66.1 million. The total weight of the exports from Java rose in this period from 36.4 to 161.7 million kilograms.1 The percentage of this export destined for Holland rose from 66 in 1830 to an average of 83 in the years from 1841 to 1850 and to more than 90 in the period after 1861.

Cultivation System Sugar Cane Indigenous Population Sugar Industry Land Rent
These keywords were added by machine and not by the authors. This process is experimental and the keywords may be updated as the learning algorithm improves.
This is a preview of subscription content, log in to check access.