Pamphlets, Printing, and Political Culture in the Early Dutch Republic 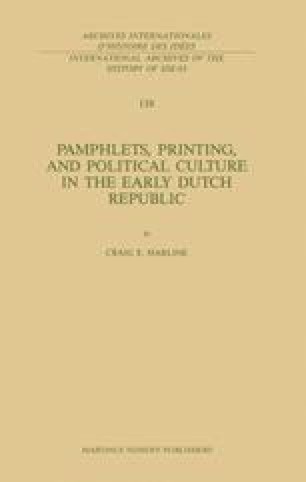 Pamphlets, Printing, and Political Culture in the Early Dutch Republic pp 1-22 | Cite as

Chapter
Part of the International Archives of the History of Ideas book series (ARCH, volume 116)

Town Council Peace Talk Provincial State Individual Province Dutch Republic
These keywords were added by machine and not by the authors. This process is experimental and the keywords may be updated as the learning algorithm improves.
This is a preview of subscription content, log in to check access.