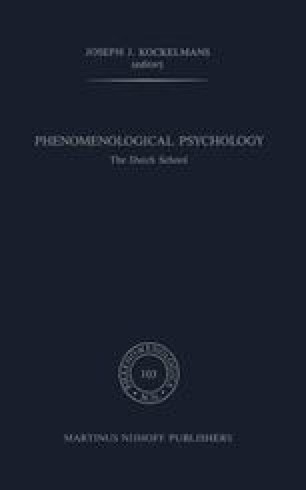 These words of a desperate poet unable to get to sleep plunge us immediately into the midst of the problematic which will interest us here: the question of falling asleep. All of us know of the conflicts and exasperations which surround not being able to fall asleep. We all remember those nights when we tried everything but without success; on the contrary, the more we exerted ourselves the more awake we became. The insomniac tosses and turns in his bed, continually changes position, sighs, squeezes his eyes shut, stops the clock that is two rooms away, puts cotton in his ears, is warm and cold in turns, listens to his heartbeat, tries all the well-known tricks without success — and then in an unguarded moment falls asleep. One day he picks up a textbook on psychology only to discover to his amazement that falling asleep is not dealt with in it. Why is this so? Why is it that so little attention is paid to such an important subject as falling-asleep which either happens each night or fails to happen? According to Kleitman who devoted 600 pages to the subject of “Sleep and Wakefulness” a special description of the psychic state of one who suffers from insomnia is superfluous as all of us sooner or later go through this torment.2 If we want to know why we are tormented and how we can fight insomnia, it seems a conversation with falling asleep is the only thing left for us. We wish to question this phenomenon and try to understand it in its essential structure.

Intentional Relation Essential Structure Theoretical Reflection Disturbing Noise Pure Experience
These keywords were added by machine and not by the authors. This process is experimental and the keywords may be updated as the learning algorithm improves.

“A flock of sheep that leisurely pass by, One after one; the sound of rain, and bees Murmuring; the fall of rivers, wind and seas, Smooth fields, white sheets of water, and pure sky; I have thought of all by turns, and yet do lie Sleepless!…”

“Over het inslapen” appeared originally in Dutch in Tijdschrift voor Philosophie, 14 (1952), pp. 207–264. Reprinted by permission of the Editor. Translated for this volume by Joseph J. Kockelmans.