The Circle of Acquaintance 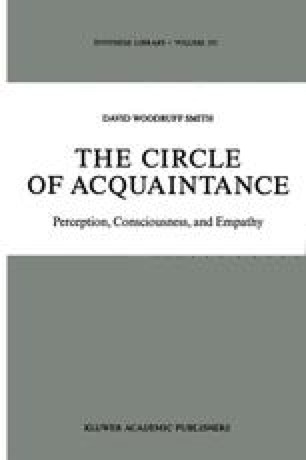 A Sense of Presence

Indexical awareness involves a sense of the object’s presence, and that sense of presence is a defining trait of acquaintance.

Actual World Visual Experience Intentional Relation Intentional Content Chapter Versus
These keywords were added by machine and not by the authors. This process is experimental and the keywords may be updated as the learning algorithm improves.
This is a preview of subscription content, log in to check access.