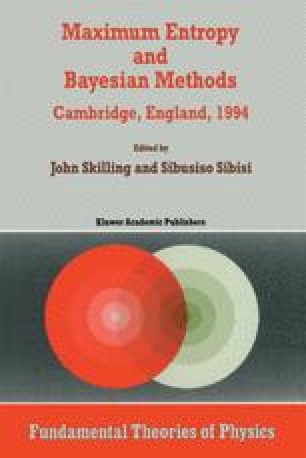 Objectors to Bayesian methods claim that this presentation does not represent real thought processes and may not be possible in real-world inferential problems.

A more attractive view of the Bayesian model involves the successive refinement (or redefinition or subdivision) of hypotheses to incorporate previous items of evidence. Then at each step different hypotheses are compared. This approach is entirely consistent with the logical approach to probability while accommodating, or at least defusing, these objections.

Likelihood Ratio Reasonable Doubt Probability Ratio Posterior Odds Prior Odds
These keywords were added by machine and not by the authors. This process is experimental and the keywords may be updated as the learning algorithm improves.
This is a preview of subscription content, log in to check access.