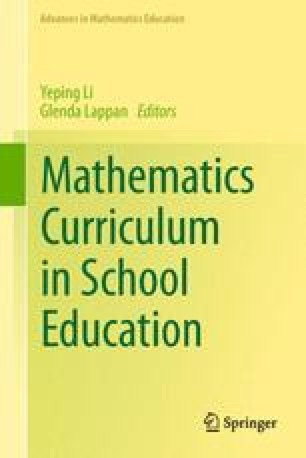 Three Pillars of First Grade Mathematics, and Beyond

An integrated approach to first grade arithmetic is described. It consists of a coordinated development of the three pillars of the title, which are (i) strong conceptual grasp of the operations of addition and subtraction through word problems, (ii) computational skill that embodies place value understanding, and (iii) coordination of counting number with measurement number. The ways in which these three parts interact and reinforce each other is discussed. This approach is highly consistent with CCSSM standards recently released in the United States by the Council of Chief State School Officers.

In a second part, a sketch is given of a further development of these key ideas in later grades. Increasing understanding of the arithmetic operations leads to increasing appreciation of the sophistication and underlying structure of place value notation, eventually making links with polynomials. Linear measurement becomes the basis for developing and exploiting the number line, which later supports coordinatization. Throughout, consistent attention should be given to interpreting and solving increasingly involved word problems. Successful intertwining of these three strands supports the later learning of algebra, and its links to geometry.