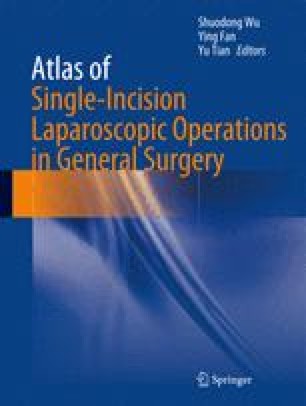 Minimally invasive and functional therapy represents an inevitable trend in breast surgery. Although much progress has been made in the surgical approaches to the breast, little progress has been made in the surgical approach to the axilla. Improved surgical techniques for breast cancer would be to decrease the morbidity of the axillary dissection without necessarily sacrificing lymph node retrieval for accurate staging. Endoscopic surgery on breasts represents the developing trend in breast surgery toward the minimally invasive techniques, improving functional and cosmetic aspects of the procedure with great potential patient benefits (Chengyu et al., Surg Laparosc Endosc Percutan Tech 15:153–159, 2005). Because of an improved visualization and magnification of the operative field, laparoscopic-assisted axillary lymph node dissection provides a precise, gentle, and safe alternative to lymphadenectomy performed via a standard axillary incision (Lim and Lam, Am J Surg 90:641–643, 2005). As video imaging systems and new instruments continue to develop, single-incision laparoscopic surgery (SILS) has recently been a focus for active investigation in the surgical field. After attempts in the techniques of cholecystectomy and thyroid surgery with satisfied outcomes (Wu et al., Adv Surg Tech A 21:25–28, 2011), wide segmental excision and SILS axillary lymph node dissection was performed in our department. The initial results have shown that in experienced hands, this technique could be as safe as the standard technique. However, larger studies are required to confirm these findings and determine the true benefits of SILS axillary lymph node dissection.