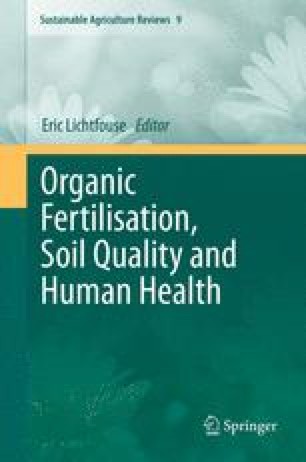 Convergence or Divide in the Movement for Sustainable and Just Agriculture

‘Greening’ the green revolution will not be sufficient to reduce hunger and poverty and conserve biodiversity. The increasing cost of oil and fertilizers, and the deterioration of the climate and global ecology are key factors that undermine the capacity of humankind to feed itself. This phenomena became evident when the ‘perfect storm’ occurred in 2008 with the alarming rise in the cost of food that sent an additional 75 million people to the world’s line of hungry people. Disregarding the above issues the ruling international agricultural class continues asserting that food production will have to be increased by 70% by the year 2050. The threat to global food insecurity is the direct result of the industrial model of agriculture ­characterized by large-scale monocultures tailored for the export markets. We need an alternative agricultural development paradigm, one that encourages more ­ecologically, biodiverse, sustainable and socially just forms of agriculture.

Strategies are needed which lead to the revitalization of small and medium sized farms, and point the way towards the reshaping of the entire agricultural policy and food system in ways that are economically viable to farmers and consumers. Proposed ‘sustainable intensification’ is ideologically buttressed by intellectual projects to reframe and redefine agroecology by stripping it of its political and social content and promote the wrong notion that agroecological methods can co-exist alongside the aggressive expansion of transgenic crops and agrofuels. Many environmental and advocacy groups privilege those with access to capital and perpetuate an ‘agriculture of the poor for the rich’. The technological determinism that the organic agriculture movement emphasizes via development and dissemination of low-input or appropriate technologies is not only naïve but dangerous, as it assumes these technologies in themselves have the capability of initiating beneficial social changes.

A more radical transformation of agriculture is needed, one guided by the notion that ecological change in agriculture cannot be promoted without comparable changes in the social, political, cultural and economic arenas that determine agriculture. In the end the new crisis is just a new face of the old rural crisis derived from the almost total control of the food system by transnational capital aided by neoliberal programs implemented by many governments. It is imperative to realize that out-of-control trade liberalization is the key mechanism driving farmers off their land and the principal obstacle to local economic development and food sovereignty. It is also crucial to understand that a key enemy of farmers is low prices. Moving towards a more socially just, economically viable, and environmentally sound agriculture will be the result of the coordinated action of social movements in the rural sector in alliance with civil society organizations that are committed to supporting the goals of farmer’s movements.

Food Security Food System Fair Trade Transgenic Crop Food Sovereignty
These keywords were added by machine and not by the authors. This process is experimental and the keywords may be updated as the learning algorithm improves.
This is a preview of subscription content, log in to check access.