Groundwork in the Theory of Argumentation 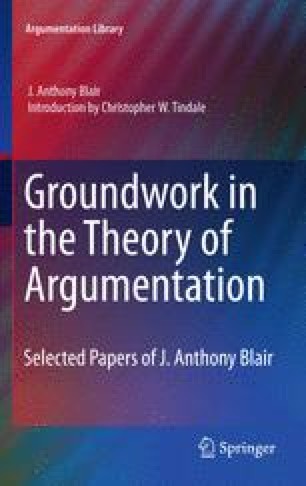 Groundwork in the Theory of Argumentation pp 23-32 | Cite as

This chapter examines a number of cases where bias is said to be present and tries to generalize from them to an accurate account of the concept of bias. The root idea is that bias is a slant, an angle, a leaning, or a limited perspective. This idea seems to appear in three types of case: (1) bias that is bad and avoidable; (2) bias that is unavoidable, potentially dangerous, but for which one can compensate; and (3) bias that is contingent and good—or at least neutral. The term “bias” seems used most often in the first case, but the other uses are significant too. A wide variety of things can be biased—people, actions or conduct, practices, judgments, terminology, choices, reports, presentations, etc. People can be blamed for their biased actions or choices, particularly if these are self-conscious and deliberate or due to culpable ignorance. We can be more forgiving of bias due to self-deception or cultural prejudice, but since these can be guarded against, and to a degree overcome, culpability still exists. These points hold for the compensable effects of unavoidable bias as well as for bad and avoidable bias.