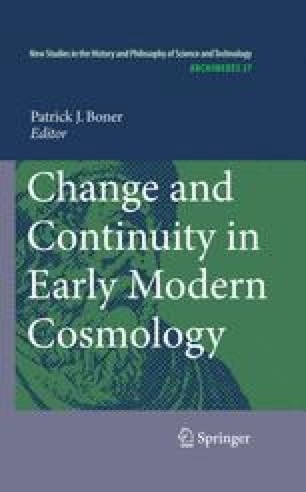 In the short narrative that follows I introduce two new heroes. Although we begin with Fabricius’s first sighting in 1596, the new pivot point in the drama is the collaboration between Hevelius and Boulliau that began around 1660. As it happens, Learned Europe paid little attention to Mira in the generation after the first scattered sightings of 1596, indeed, nearly 70 years passed before the New Star was given a working identity. Like Columbus discovering America, Fabricius and Holwarda saw different things—for convenience, I call them Fabricius’s Star and Holwarda’s Star. Hevelius’s Historiola (Danzig, 1662) and Boulliau’s Ad astronomos (Paris, 1667) presented a different vision. It made Mira famous. As I shall argue, if Hevelius gave Mira a history, Boulliau gave Mira a future.5 In the end, the New Star not only challenged the ancient cosmos, it became an enduring icon for the New Science, a returning reminder of celestial continuity and cosmic order.

Variable Star Maximum Phase Philosophical Transaction Bright Star Maximum Brightness
These keywords were added by machine and not by the authors. This process is experimental and the keywords may be updated as the learning algorithm improves.

How I wonder what you are!

An early draft of this essay was presented at the conference “Cosmological Continuity” at Johns Hopkins University in 2009. I wish to thank Patrick Boner and Lawrence Principe for their invitation, and Bruce Stephenson, of the Adler Planetarium, for providing copies of portions of several of Hevelius’s published works. I also wish to thank readers of an early draft of this essay, A. Mark Smith, Wilbur Applebaum, Brian Dolan, Nick Dorn, Daniel Julich, Michael Morse, and G. Matt Adkins. For assistance with preliminary Latin translations, I also wish to thank Maureen Hyland-Carver and Shawn Daniels.