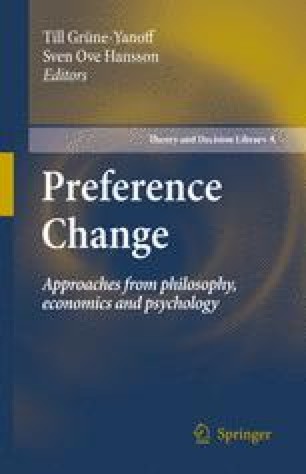 The Ethics of Nudge

In their recently published book Nudge (2008) Richard H. Thaler and Cass R. Sunstein (T&S) defend a position labelled as ‘libertarian paternalism’. Their thinking appeals to both the right and the left of the political spectrum, as evidenced by the bedfellows they keep on either side of the Atlantic. In the US, they have advised Barack Obama, while, in the UK, they were welcomed with open arms by the David Cameron's camp (Chakrabortty 2008). I will consider the following questions. What is Nudge? How is it different from social advertisement? Does Nudge induce genuine preference change? Does Nudge build moral character? Is there a moral difference between the use of Nudge as opposed to subliminal images to reach policy objectives? And what are the moral constraints on Nudge?

Capital Punishment Pension Fund Cognitive Dissonance Preference Structure Preference Change
These keywords were added by machine and not by the authors. This process is experimental and the keywords may be updated as the learning algorithm improves.
This is a preview of subscription content, log in to check access.