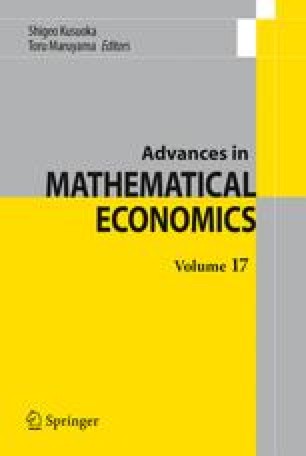 The geometric apparatus of Khan–Mitra (Adv. Math. Econ. 8:349–381, 2006; Jpn. Econ. Rev. 58:191–225, 2007) enables an identification of a tripartite (inside-borderline-outside) distinction for discounted Ramseyian optimality in the 2-sector RSS model and to obtain the following results: (a) parametric ranges of the discount factor for which the check-map is the optimal policy function, (b) necessary and sufficient conditions for the existence of stable optimal 2-period cycles, (c) absence of 3-period cycles in the borderline case, and (d) existence of unstable 3-period cycles in a canonical instance of the outside case. The geometry is shown to have more general interest and relevance for future work.

The research reported here was originally circulated in working notes dated November 7, 2002 under the title “Optimal Growth in a Two-Sector Model with Discounting: A Geometric Investigation.” It took further shape when Khan visited the Centro Modelamiento Matematico (CMM) at the Universidad de Chile, Santiago during December 26, 2005 to January 11, 2006; Kaust in January, 2010 as part of their WEP program; and the China Economics and Management Academy (CEMA) at the Central University of Finance and Economics in Beijing, China during August 2010. In addition to the CMM and CEMA, the authors are grateful to the Center for Analytic Economics (CAE) at Cornell for research support, to Paulo Sousa and an anonymous referee of this journal for their meticulous readings, and to Roger Guesnerie, Leo Hurwicz, Adriana Piazza, Roy Radner, Santanu Roy, Harutaka Takahashi and David Wiczer for stimulating conversation.