A Study of Inventors 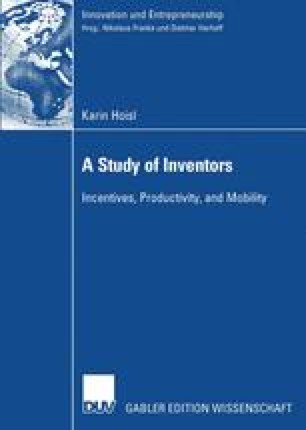 Kai-Fu Lee, an expert on speech recognition and search technologies, graduated in computer science at Columbia University in 1983, and earned a Ph.D. in computer science from Carnegie Mellon University. In 1998, Lee moved to Microsoft to found the Chinese Microsoft research division in Beijing. In 2000 he became vice president of interactive services at Microsoft. In July 2005, Lee left Microsoft to work for Google. While working for Microsoft, Lee had signed a non-compete agreement, which bared him from working in research areas competing with Microsoft within one year after leaving the company. On July 19, 2005, Microsoft sued Google and Lee claiming that Lee was violating his non-compete agreement since working for Google would unavoidably lead to the disclosure of technical know-how to Google. On July 28, the Washington State Superior Court enacted a preliminary injunction, which prevented Lee from working on Google projects that competed with Microsoft. After a second hearing in September 2005, Lee was still not allowed to work in his main research area: speech recognition and search technology. On December 22, 2005 Google and Microsoft announced that they had entered into a private agreement, which put an end to the dispute between the two companies.

Firm Size Inventive Performance Patent Application Inventor Productivity Inventive Activity
These keywords were added by machine and not by the authors. This process is experimental and the keywords may be updated as the learning algorithm improves.
Download to read the full chapter text