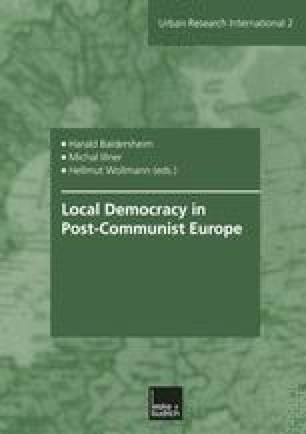 Over the last ten years, all transition countries have faced the problem of creating a new system of local government. In this respect, Slovenia is no exception, and the principle of local government was one of the basic principles of the new system, first recorded in the Declaration of Independence of Slovenia, and later in the Constitution of the new country. This represented the starting point and constitutional framework for Slovenia’s statehood, and as was the case with other countries, it relied on the development and tradition of local government.

Local Government State Body Administrative Unit Administrative System Assigned Task
These keywords were added by machine and not by the authors. This process is experimental and the keywords may be updated as the learning algorithm improves.
This is a preview of subscription content, log in to check access.