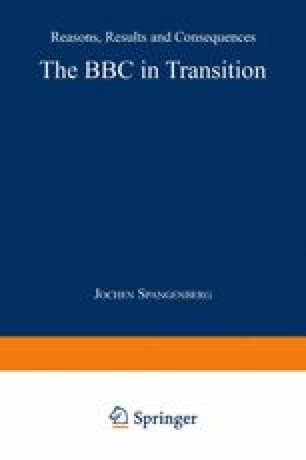 BBC Broadcasting and the Political Context