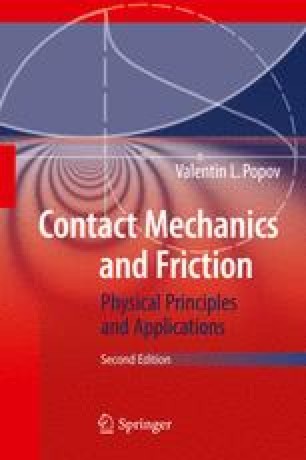 Tectonic plate dynamics can also be seen as a part of tribology. The Earth’s crust is composed of tectonic plates which slowly move relative to one another due to convection in the mantel. On a time scale of millions of years, these movements determine the structure of the Earth’s surface. On a small time scale, they are responsible for earthquakes. Frictional models have applications for describing the dynamics of individual faults as well as describing the Earth’s crust as a granular medium. Models for mechanisms of earthquakes are based on the fundamental observation that earthquakes do not arise as a result of a sudden formation and propagation of a new crack in the Earth’s crust, rather they take place as a result of a sudden sliding along an already existing faults.