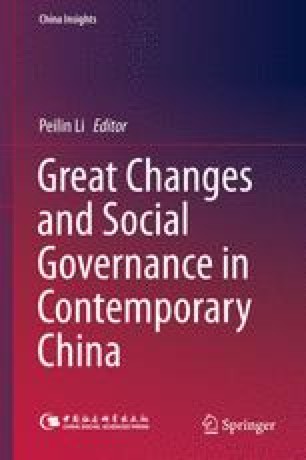 Social Attitudes, Behaviors, and the Significance of Social Governance Among New-Generation Migrant Workers

“New-generation migrant workers” have received high attention from the Chinese government and society. The first document issued by the central government in 2010 was named Several Advices of the Central Committee of the Communist Party of China and the State Council on Enhancing Developing Force in Urban and Rural Areas and Further Sustain the Foundational Development of Agriculture in Villages, which first adopted the concept of “new-generation migrant workers.” On the February 1, 2010, the State Council Information Office held press conference, in which the vice chairman of the Central Finance Leading Team Tang Renjian voiced: “There are 60 % of new-generation migrant workers, or 100 million, are mainly ‘1980s’ and ‘1990s’ among 150 million migrant workers. On the one hand, migrant workers went for work in cities after they finished the school and were not familiar with agriculture, villages, lands, and farmers; on the other hand, they anticipated to come in cities and blend in and enjoy civilization of modern cities. However, we did not fully prepare to welcome them in many ways or in a broad sense (Tang Renjian 2010).”

Life Stress Migrant Worker Social Attitude Structural Logic Office Worker
These keywords were added by machine and not by the authors. This process is experimental and the keywords may be updated as the learning algorithm improves.
This is a preview of subscription content, log in to check access.