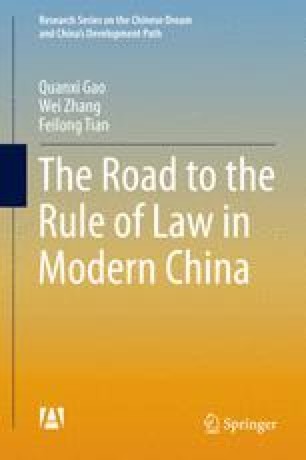 Failed Legacy: The Early Days of the New Republic

The success of Wuchang Revolt in October 1911 opened a new chapter for the Chinese history. With the abdication of Qing emperor, and the establishment of the republic, China was given a great opportunity to form a sound modern government. However, notwithstanding its five thousands of years of glorious civilization and all the trials and tribulations, this country yielded itself to brutal forces, letting itself to be dominated by warlords with strongest military power. Up until Northeastern warlord Zhang Xueliang vowed allegiance to the revolutionary government in 1928, leading to national unification, for over a decade, a whirlwind of political incidents were staged: Second Revolution, Yuan Shikai Seizure of Crown, State Protection Movement, the Manchu Restoration led by general Zhang Xun, Constitution Protection Movement, South North Separation. During the timeframe, six constitutional documents were produced; among them, three were formally promulgated. However, none truly lived up to their names and failed to generate a substantial effect, politically or socially. Although monarchism had been put to an end in China, a stable social order failed to take over while China continued to be mired in chaos and anarchy. As a popular saying of the day says: “the barbarians were easy to kick out, the Republic is hard to build.”

Power Allocation Chinese People State Building Parliamentary System Late Qing Dynasty
These keywords were added by machine and not by the authors. This process is experimental and the keywords may be updated as the learning algorithm improves.
This is a preview of subscription content, log in to check access.