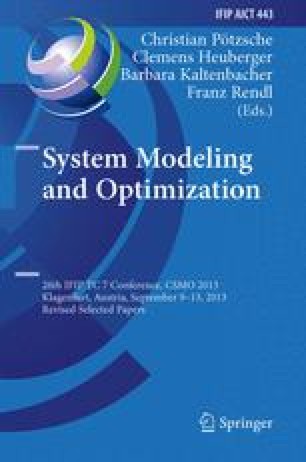 The recovery of the causality networks with a number of variables is an important problem that arises in various scientific contexts. For detecting the causal relationships in the network with a big number of variables, the so called Graphical Lasso Granger (GLG) method was proposed. It is widely believed that the GLG-method tends to overselect causal relationships. In this paper, we propose a thresholding strategy for the GLG-method, which we call 2-levels-thresholding, and we show that with this strategy the variable overselection of the GLG-method may be overcomed. Moreover, we demonstrate that the GLG-method with the proposed thresholding strategy may become superior to other methods that were proposed for the recovery of the causality networks.

For example, In Cell Biology one considers causality networks which involve sets of active genes of a cell. An active gene produces a protein. It has been observed that the amount of the protein which is produced by a given gene may depend on, or may be causally influenced by, the amount of the proteins which are produced by other genes. In this way, causal relationships between genes and the corresponding causality network arise. These causality networks are also called gene regulatory networks. An example of such a network is presented in Fig. 1. This network is achieved from the biological experiments in [9], and it can be found in the BioGRID database. This network has been used in several works [11, 14, 15] as a test network.

Knowledge of the correct causality networks is important for changing them. In Cell Biology, these networks are used in the research of the causes of genetic diseases. For example, the network in Fig. 1 consists of genes that are active in the human cancer cell HeLa [18]. If one wants to suppress the genes expression in this network, then the primary focus of the suppression therapy should be on the causing genes. For the use of the causality networks in other sciences see, for example, [12].

How can causality network be recovered? In practice, the first information that can be known about the network is the time evolution (time series) of the involved variables \(\{ x^j_t,\; t=1,\ldots ,T \}\). How can this information be used for inferring causal relationships between the variables?

For detecting causal relationships between variables \(\{ x^j,\; j=1,\ldots ,p \}\) the concept of the so called multivariate Granger causality has been proposed. This concept originated in the work of Clive Granger [6], who was awarded the Nobel Prize in Economic Sciences in 2003. Based on the intuition that the cause should precede its effect, in Granger causality one says that a variable \(x^i\) can be potentially caused by the past versions of the involved variables \(\{ x^j,\; j=1,\ldots ,p \}\).

Then, in the spirit of the statistical approach and using a linear model for the causal relationship, we consider the following approximation problem:
$$\begin{aligned} x^i_t \approx \sum \limits _{j=1}^p \sum \limits _{l=1}^L \beta _l^j x^j_{t-l}, \quad t=L+1,\ldots ,T, \end{aligned}$$
(1)
where \(L\) is the so called maximal lag, which is the maximal number of the considered past versions of the variables. The coefficients \(\{ \beta ^j_l \}\) can be determined by the least-squares method. As in the statistical approach, one can now fix the value of the threshold parameter \( \beta _{\mathrm {tr}} >0\) and say that
$$\begin{aligned} x^i \leftarrow x^j\quad \text{ if } \quad \sum \limits _{l=1}^L |\beta _l^j| > \beta _{\mathrm {tr}} . \end{aligned}$$
(2)
It is well known that for a big number of genes \(p\), as it is pointed out for example in [11], the causality network, which is obtained from the approximation problem (1), is not satisfactory. First of all, it cannot be guaranteed that the solution of the corresponding minimization problem is unique. Another issue is connected with the number of the causality relationships that is obtained from (1). This number is typically very big, while one expects to have a few causality relationships with a given gene. To address this issue, various variable selection procedures can be employed. The Lasso [16] is a well known example of such a procedure. In the regularization theory, this approach is known as the \(l_1\)-Tikhonov regularization. It has been extensively used for reconstructing the sparse structure of an unknown signal. We refer the interesting reader to [3, 5, 7, 10, 13] and the references therein.

Nevertheless, it seems that an important tuning possibility of the Lasso, namely an appropriate choice of the threshold parameter \( \beta _{\mathrm {tr}} \), has been overlooked in the literature devoted to the recovery of the gene causality networks. In this paper, we are going to show that the GLG-method, which is equipped with an appropriate thresholding strategy and an appropriate regularization parameter choice rule, may become a superior method in comparison to other methods that were proposed for the recovery of the gene causality networks.

3 Quality Measures of the Graphical Methods

As we have seen in the previous section, the graphical methods, which are based on the Lasso modifications, were tested on the network in Fig. 1 (Table 1). However, the application of the graphical method that is based on the pure Lasso (GLG) to the network in Fig. 1 has not been reported. Moreover, it seems that the possibility of varying the threshold parameter \( \beta _{\mathrm {tr}} \) in GLG also has not been considered in the literature devoted to the reconstruction of the causality networks.

Assume that the true causality network with the variables \(\{ x^j \}\) is given by the adjacency matrix \( A^{\mathrm {true}} \). Assume further that the observation data \(\{ x^j_t \}\) is given. What is the best reconstruction of \( A^{\mathrm {true}} \) that can be achieved by the GLG-method? The answer to this question is given by, what we call, the optimal GLG-estimator. Let us specify its construction.

In the optimal GLG-estimator \( A^{\mathrm {GLG,opt}} _{ \mathrm {tr},1/2 }\) with the threshold parameter \( \beta ^i_{ \mathrm {tr},1/2 } \) we choose \(\lambda \) such that the corresponding \(Fs\)-measure is minimal. For the causality network in Fig. 1, this estimator is presented in Fig. 2. Its quality measures can be found in Table 2. One observes that although there is some quality decrease in comparison to \( A^{\mathrm {GLG,opt}} \), the quality measures are still higher than for the methods in Table 1. However, can this quality be improved?

6 An Automatic Realization of the GLG-Method

For an automatic realization of the GLG-method, i.e. a realization that does not rely on the knowledge of the true adjacency matrix \( A^{\mathrm {true}} \), in addition to a thresholding strategy one needs a choice rule for the regularization parameter \(\lambda \) in (4). For such a choice, we propose to use the so called quasi-optimality criterion [2, 8, 17]. Some details of the application of this criterion can be found in [12].

The reconstruction obtained by the GLG-method with the 2-levels-thresholding and quasi-optimality criterion \( A^{\mathrm {GLG,qo}} _{ \mathrm {tr},1/2;1/4 }\) is presented in Fig. 2. Its quality measures can be found in Table 2. One observes that there is a little decrease in recall in comparison to the optimal GLG-method; however, this recall is the same as for the GtrLG-method (Table 1). But due to the highest precision, the \(F_1\)-score remains to be higher than for the methods in Table 1. Thus, one may say that the proposed realization of the GLG-method outperforms the methods in Table 1.

In the modifications of the GLG-method the authors of [11, 15] considered \(L=3\). All results presented so far were also obtained with \(L=3\). It turns out that for \(L=4\) the optimal GLG-estimator (see Fig. 2) delivers a much better reconstruction of the causality network. In particular, two more caused genes are recovered.

Quality measures of the various GLG-estimators.

As an open problem for the future, one could consider a study of the choice of the maximal lag and its possible variation with respect to the caused and causing genes.