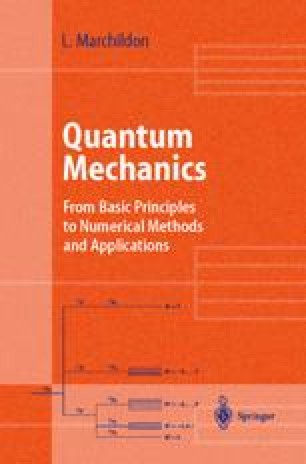 The behavior of electrons, in atoms and molecules in particular, is normally described by the Schrödinger equation. For several reasons, however, this is not entirely satisfactory. The Schrödinger equation is not invariant under the coordinate transformations of the special theory of relativity. This means that it cannot correctly account for relativistic effects which, for inner electrons, are often significant. Furthermore, the Schrödinger equation is not really suitable for the introduction of electronic spin. Both shortcomings are fixed by Dirac’s relativistic equation. That equation and the associated formalism have many applications in elementary particle theory. It is on the basis of his equation that Dirac predicted the existence of the positron.1