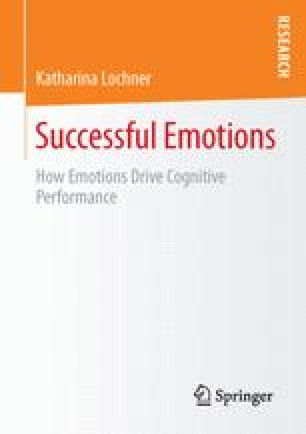 As the data wsere collected in an unsupervised online experiment, it was necessary to determine whether there were systematic drop-out effects and whether the randomisation had worked. Drop-out effects were studied on the basis of demographic variables and performance on the first test. For randomisation to be considered successful, it was necessary that the block randomisation algorithm had worked and that the five groups were equal with respect to affectivity, test performance, and all variables that could impact performance (e.g., age, sex, education, and occupation). Therefore, drop-out effects and randomisation will be presented first. In the following section, the relations between mood and emotions as well as between mood and emotions and performance on the first test will be described.

Number Correct Contentment Condition Ordinal Regression Positive Anticipation Film Clip
These keywords were added by machine and not by the authors. This process is experimental and the keywords may be updated as the learning algorithm improves.
This is a preview of subscription content, log in to check access.