Proceedings of the Conference on Categorical Algebra 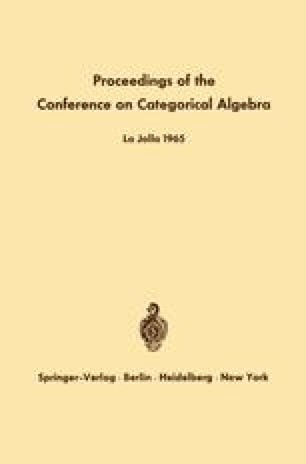 The Category of Categories as a Foundation for Mathematics

In the mathematical development of recent decades one sees clearly the rise of the conviction that the relevant properties of mathematical objects are those which can be stated in terms of their abstract structure rather than in terms of the elements which the objects were thought to be made of. The question thus naturally arises whether one can give a foundation for mathematics which expresses wholeheartedly this conviction concerning what mathematics is about, and in particular in which classes and membership in classes do not play any role. Here by “foundation” we mean a single system of first-order axioms in which all usual mathematical objects can be defined and all their usual properties proved. A foundation of the sort we have in mind would seemingly be much more natural and readily-useable than the classical one when developing such subjects as algebraic topology, functional analysis, model theory of general algebraic systems, etc. Clearly any such foundation would have to reckon with the Eilenberg-MacLane theory of categories and functors. The author believes, in fact, that the most reasonable way to arrive at a foundation meeting these requirements is simply to write down axioms descriptive of properties which the intuitively-conceived category of all categories has until an intuitively-adequate list is attained; that is essentially how the theory described below was arrived at. Various metatheorems should of course then be proved to help justify the feeling of adequacy.

Basic Theory Category Theory Full Subcategory Elementary Theory Abstract Category
These keywords were added by machine and not by the authors. This process is experimental and the keywords may be updated as the learning algorithm improves.

Cite this paper as:
Lawvere F.W. (1966) The Category of Categories as a Foundation for Mathematics. In: Eilenberg S., Harrison D.K., MacLane S., Röhrl H. (eds) Proceedings of the Conference on Categorical Algebra. Springer, Berlin, Heidelberg