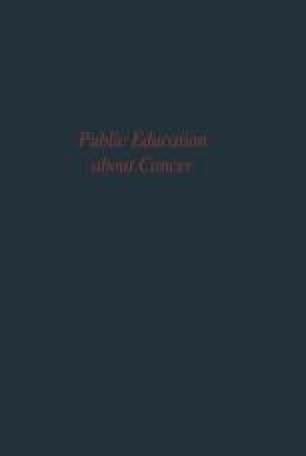 This chapter will deal with topics related directly to attitudes to cancer and other diseases; the nature, sources, and extent of these attitudes both in the medical profession and in the general population.

Cerebral Palsy Public Opinion American Cancer Society Psychological Impact Cancer Education
These keywords were added by machine and not by the authors. This process is experimental and the keywords may be updated as the learning algorithm improves.
This is a preview of subscription content, log in to check access.