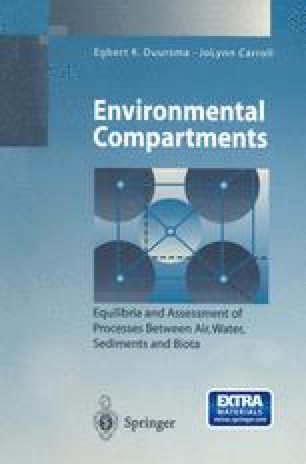 Examples of distribution patterns in estuaries and seas

The distribution of artificially produced radionuclides in suspended matter and sediments was investigated in the Dutch Delta of the main European rivers Rhine, Meuse and Scheldt during 1979–1984 and again in 1986–1991, after the Chernobyl accident (Duursma et al. 1985 and Martin et al. 1994). Potential sources of radionuclides are, besides Chernobyl, fallout nuclides from earlier atmospheric bomb-tests (Fig. 7.1), re-entry and burn-up in the atmosphere of a satellite with a radionuclide energy source in 1964 (RIME 1971), and effluents from either the reprocessing plants of la Hague (France), Sellafield (U.K.) or Mol (Belgium) or nuclear power plants along the fore-mentioned rivers (Table 7.1).

Suspended Matter Turbidity Maximum Water Compartment Plutonium Isotope Western Mediterranean Basin
These keywords were added by machine and not by the authors. This process is experimental and the keywords may be updated as the learning algorithm improves.
This is a preview of subscription content, log in to check access.