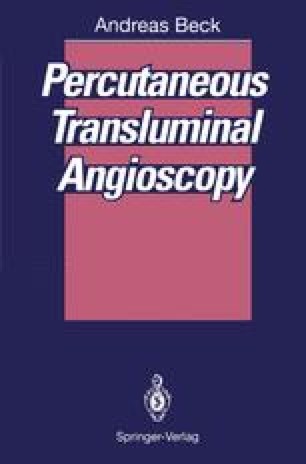 The history of angiography began soon after W.C. Röntgen discovered X-rays in November 1895. By the beginning of the following year E. Haschek and O. T. Lindenthal had published a report on the practical use of X-rays [182]. These two scientists showed that vessels could be made visible by contrast-producing agents. They injected a mixture of cinnabar, bismuth, and chalk (the so-called Teichmannsche Masse) into the brachial artery of a corpse and showed a distinct picture of the vascular system after exposure to X-rays for 1 h. At the same time they wrapped a copper wire partially around a finger for reference. They showed that X-rays were unable to pass through the metal, bone, and chalk [82, 182]. Shortly afterwards, in February 1898, the Italian U. Dutto undertook similar experiments in Rome [134]. Nonetheless, it was still a long way from these experiments in anatomical specimens and animal experiments to the first angiographic imaging in patients. In other radiological fields clinical experience had also progressed, with the use of several contrast media, including bismuth salts, in the gastroenterological tract.

Brachial Artery Arterial Occlusive Disease Visceral Artery Sodium Iodide Catheter Technique
These keywords were added by machine and not by the authors. This process is experimental and the keywords may be updated as the learning algorithm improves.
This is a preview of subscription content, log in to check access.