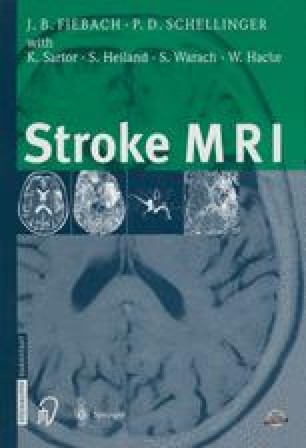 The Role of Stroke MRI in Clinical Trials

The disappointingly slow progress in developing effective therapies for ischemic stroke along with the clinical development of diffusion and perfusion MRI has led to a revaluation of the strategies for the design of stroke clinical trials. Stroke MRI has been proposed and begun to be used in stroke trials as a means of optimizing patient selection and as a direct measure of the effect of treatments on cerebral infarction, as the marker of therapeutic response. The first and only success in developing an approved therapy for acute stroke culminated in the pivotal trials of intravenous rt-PA [338] reported in 1995 and leading to regulatory approval in 1996. The key insight of the designers of these trials was optimizing the sample with regard to time to treatment, requiring patients to be treated within three hours from onset of symptoms. They recognized that very early stroke treatment would be more effective and that the earliest cases are most likely to still have the causative arterial occlusions, which may spontaneously lyse at later times.

Ischemic Stroke Acute Stroke Infarct Volume Clinical Endpoint Lesion Volume
These keywords were added by machine and not by the authors. This process is experimental and the keywords may be updated as the learning algorithm improves.
This is a preview of subscription content, log in to check access.