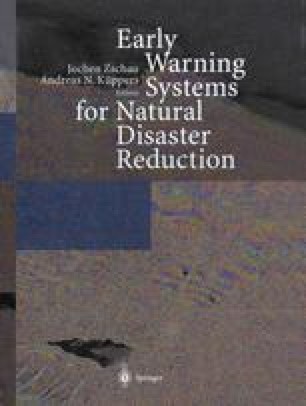 Optimizing the Seismic Early Warning System for the Tohoku Shinkansen

The Tohoku Shinkansen is a high-speed passenger train that connects Tokyo to the northern city of Morioka. The line is protected by a seismic early warning system, which includes two sets of accelerometers: one set is deployed along the line (wayside system), while the other comprises eight accelerometers placed along the eastern coast of Honshu (coastal system). The coastal system is designed to protect the train against earthquakes with origin in the highly active offshore subduction zone. It causes trains to automatically stop when the ground acceleration at one of the stations exceeds a preset limit. At the time of the study, the system was causing frequent train delays, while providing an unclear level of seismic protection. We have found that, with the current early warning system, the rate of earthquake-induced derailments along the entire 500 km line is about 2–3 per 100 years. By changing various system parameters, one can lower this rate to about 1.5 derailments per 100 years while reducing the rate of false alarms and unnecessary delays by a factor of about 40. These benefits arise mainly by operating the wayside system on spectral acceleration rather than peak ground acceleration.

Peak Ground Acceleration Early Warning System Seismic Intensity Coastal Station Spectral Acceleration
These keywords were added by machine and not by the authors. This process is experimental and the keywords may be updated as the learning algorithm improves.
This is a preview of subscription content, log in to check access.