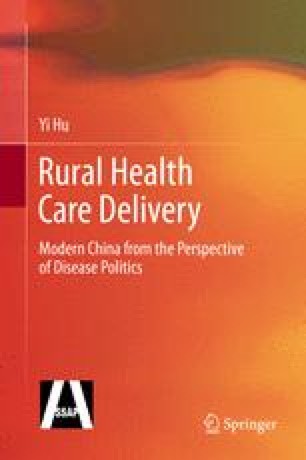 China, a country of ancient civilization, possessing vast territory, abundant resources, a large population, thriving economy and trade, and intelligent culture and institutions, has long demonstrated a sense of superiority. The nation was vainly convinced that it was the center of the world, which justified its being an excellent model for neighboring barbarian countries to follow. The meaning of “China” in Chinese characters (Zhongguo) suggests a sense of pride and narcissism. When Western explorers, merchants, and missionaries first flooded into China during and after the Age of Discovery, they were amazed with the alien culture they found and wrote abundantly of their expectations and longings. Those texts, which lavished praise and adoration on China, infused Western people with an immensely romantic notion of the Orient. However, when attacked by an advanced fleet with sophisticated weapons, and defeated in the Sino-Japanese War of 1894–1895 specifically, China bid farewell to prosperity, wealth, balance, and confidence that it had once enjoyed and moved gradually towards the humiliation of the colonial and semicolonial era. When the situation worsened, China, a country that claims a 5,000-year civilization and that took the lead among the countries in the world for most of the time, was permeated with the degrading image of “the Sick Man of East Asia,” a characteristic expression of prejudice, contempt, and even insult.

Chinese People Reform Movement Chinese Nationality Western Power Western People
These keywords were added by machine and not by the authors. This process is experimental and the keywords may be updated as the learning algorithm improves.
This is a preview of subscription content, log in to check access.