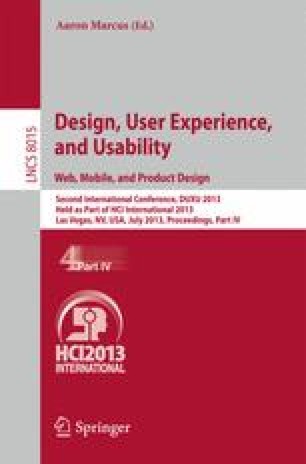 This paper demonstrates how a multi-region ethnographically informed study has influenced Intel’s UltrabookTM strategy. In 2011 Intel Corporation launched a $300M fund focused on the next generation of notebooks, called UltrabookTM (Merritt, 2011a) and at Computex the same year announced the UltrabookTM concept: a thin (less than 0.8 inches thick) notebook that utilizes Intel processors and can incorporate tablet features such as a touch screen and long battery life (Burt, 2011) that would be priced below $1000. A few months later four Taiwan ODMs (Original Design Manufacturers) showcased prototype UltrabookTM devices with Intel’s 3rd Generation CoreTM Processors at Intel Developers Forum (Merritt, 2011b). Within this context, the imminent arrival of Windows 8, Microsoft’s Operating System centered around a “touch first” philosophy, opens up a range of questions on whether touchscreens should or should not be part of the clamshell UltrabookTM experience. In mid-2011 the conventional wisdom in the industry was that touch on vertical screens is a mistake. This existing belief had been strengthened in 2010 when the late Steve Jobs explained during a keynote that “touch surfaces don’t want to be vertical. It gives great demo, but after a short period of time you start to fatigue, and after an extended period of time, your arm wants to fall off” (Carmody, 2010). The industry even coined a specific term to describe this issue: Gorilla Arm.During that time, I decided to explore this territory further as I didn’t fully buy into the conventional wisdom or negative statements by industry representatives about this usage. In particular, I decided that the best approach to learn about this heated topic was to learn through direct observation of what everyday users really like, think and ultimately do. The qualitative case study at the center of this paper was consequently initiated, ultimately documenting and demonstrating user behavior that is drastically different from what was expected based on industry wisdom. Indeed, not only did people reach for the screen a lot during the study – they loved doing so. The study, a qualitative user experience investigation focused on the use of touch in clamshell devices, was conducted in 2011 in the US, Italy, PRC and Brazil. The research’s key insights, recommendations, strategic impact and influence are discussed in this paper through a number of examples, narrated through users’ voices. This paper is divided into five sections. The first section offers a background on UltrabooksTM and the rationale for the case study. The second section overviews the UX approach and philosophy which underpins the case study. The third section focuses on the actual case study: timelines, aims, methodology, insights and key recommendations. A number of specific user examples are used to illustrate key learning. The fourth part of this paper is dedicated to the impact that this research has generated, with specific emphasis on best known methods for influencing product development and marketing strategy through user experience research and design. The final section offers a number of conclusive remarks and recommendations, with focus on ethno-design methods that assist product development.