Hardware and Software: Verification and Testing 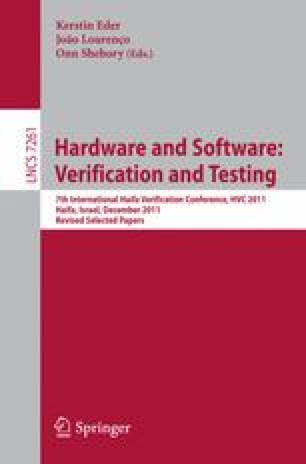 HVC 2011: Hardware and Software: Verification and Testing pp 4-4 | Cite as

Over the last couple of years it became more and more obvious that improvements in chip technology get smaller and smaller with each generation. Processor frequency is stagnating for some time now and single thread performance of general purpose processor cores is only increasing very slowly from generation to generation despite the fact that designers have more and more transistors they can utilize.

However, to stay competitive in the Compute Server business it is necessary to follow Moore’s law and provide significant performance improvements to the customer every year. This begs the question how this can be achieved when traditional ways like cycle time improvements and the usage of more transistors are not yielding the desired results. The answer has to be a combination of logic, system and software design.

This talk will first describe why continuing with “business as usual” will fail going forward. It will then discuss a number of scenarios for workload optimized systems to overcome these hurdles before the focus will shift to the question: What challenges will that present to the area of hardware verification?