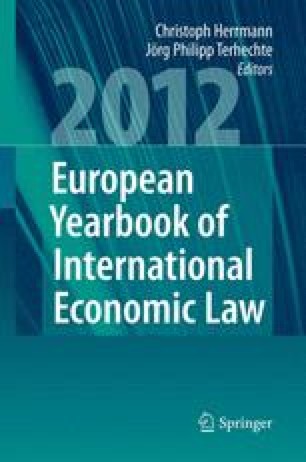 The Energy Community of South-East Europe, established in order to extend the European Union’s internal energy market to South East Europe, is a roughly 5-year-old European Community which was – at least in parts – consciously modelled on the European Coal and Steel Community, the basis or forerunner of today’s European Union (EU). This still rather young Energy Community is based on the Energy Community Treaty which was signed in Athens on 25 October 2005 and entered into force on 1 July 2006. The Energy Community Treaty is the first legally binding multilateral treaty between the Western Balkans after the terrible wars and conflicts of the 1990s. It creates a legal framework for an integrated regional energy market between the EU and several countries of South East Europe – the largest internal market for electricity and gas in the world. The purpose is to create an integrated energy market allowing for cross-border energy trade, to provide energy interconnections also to the Middle East, central Asia and the Caspian region, to enhance the security of energy supply, to attract investment in power generation and networks and to improve the environmental situation in relation with energy supply. Thereby leading to an extraterritorial extension of the acquis communautaire regarding electricity, gas, renewables, environment and competition beyond the EU’s borders, this Treaty is simultaneously a very good example for what is usually called ‘regional-multilateral integration’, ‘neo-functionalism’, ‘regionalisation’, ‘regional cooperation’, ‘system transformation’, ‘europeanisation’, ‘pre-accession or enlargement strategy’, ‘foreign or external energy policy’ and/or ‘external governance’.

European Union Energy Community European Neighbourhood Policy Ministerial Council Stability Pact
These keywords were added by machine and not by the authors. This process is experimental and the keywords may be updated as the learning algorithm improves.
This is a preview of subscription content, log in to check access.

The author would like to thank Songül Seker (Universität Siegen) and Lena Borth (Europa-Universität Viadrina) for helpful support.