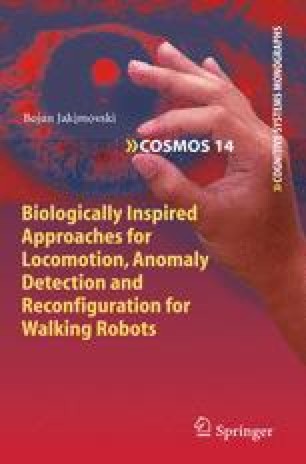 Design of two and multi-legged robots like four legged, six legged, and eight legged robots shows a practical usefulness of Bionics for the domain of robotics. Depending on the number of legs, such robotic platforms can be inspired from body constitution, walking mechanics, and behavior of humans, animals (four legged), insects (six legged), or spiders (eight legged). There is also another kind of robotic designs depicted as hybrid robots, which have a mixture of concepts seen in nature and artificial designs. These robots can be often found having tracks, other special leg designs, wheeled-legged robot designs and the like.

Humanoid Robot Quadruped Robot Hexapod Robot Hybrid Robot Digital Servo
These keywords were added by machine and not by the authors. This process is experimental and the keywords may be updated as the learning algorithm improves.
This is a preview of subscription content, log in to check access.