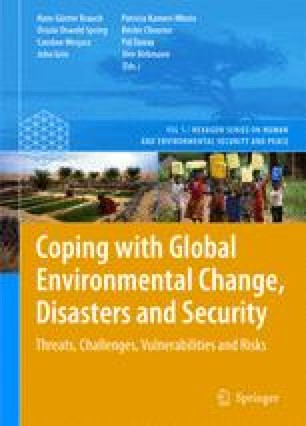 Perceptions of Hard Security Issues in the Arab World

During the last half century, Western literature on International Relations (Haas 1964; Lindberg 1963; Haas/Schmitter 1964; Buzan/Wæver/de Wilde 1998; Keohane/Nye 2001) has developed a number of dichotomies, the most important of which have been the high politics vs. low politics, geopolitics vs. geoeconomics, old security threats vs. new security threats, and the hard security vs. soft security dichotomies. These dichotomies are based on the assumption that it is possible to dissect the elements of the dichotomy, at least temporarily, and to focus on its second element, which will eventually influence the first in a positive way. For example, one of the most significant conventional arguments of the functional theory of integration has been that cooperation in the area of low politics may spill over to high politics. In the age of globalization, some theorists have argued that geo-economics has surpassed geo-politics, and that emphasis on the geo-economic issues will facilitate dealing with geo-political ones.

Middle East Security Issue Arab Country Security Threat Arab World
These keywords were added by machine and not by the authors. This process is experimental and the keywords may be updated as the learning algorithm improves.
This is a preview of subscription content, log in to check access.