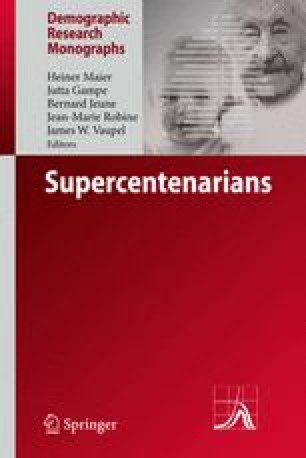 Jeanne Calment and her successors. Biographical notes on the longest living humans

The vast majority of 115+-year-olds reported around the world have not, in fact, attained the age claimed. However, we are fairly certain that, since 1990, nearly 20 persons worldwide have reached the age of 115 years or more, among them the longest-living person, Jeanne Calment, who reached age 122. We have attempted to validate the stated ages of these people through the collection of available genealogical information, and through detailed evaluations of this information. This chapter attempts to paint a picture of these true long-livers based on insights about them gleaned from various sources, including interviews with some of them conducted by aging researchers. The life journeys of these very old people differed widely, and they are almost without common characteristics, aside from the fact that the overwhelming majority are women (only two are men), most smoked very little or not at all, and they had never been obese. Still, they all seem to have been powerful personalities, but decidedly not all were domineering personalities.They are living examples of the fact that it is possible to live a very long life while remaining in fairly good shape. Although these people aged slowly, all of them nonetheless became extremely frail in their final years. Their physical functions declined markedly, especially after their 105th birthdays. They spent their last years confined to wheelchairs, virtually blind and very hard of hearing. But they did not fear death, and they appeared to be reconciled to the fact that their lives would soon end.

Nursing Home Sugar Cane Gall Bladder Local Newspaper Birth Registration
These keywords were added by machine and not by the authors. This process is experimental and the keywords may be updated as the learning algorithm improves.
This is a preview of subscription content, log in to check access.