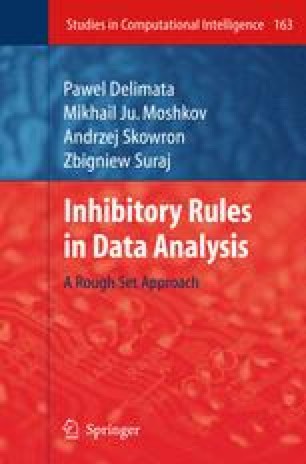 In this chapter, we consider algorithms for construction of partial inhibitory decision rules and some bounds on the length such rules. These investigations are based on the use of known results for partial covers.