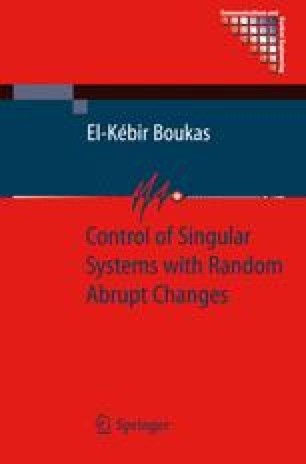 Previously, we covered the state feedback stabilization that assumes the complete access to the state vector. Practically this assumption is not realistic since in general we don’t have such complete access to the state vector for many reasons like the non existence of the appropriate sensors to measure some of the states or the limitation in the control budget. To continue using the state feedback controller an alternate consists of replacing the actual state measurements by its estimate in the expression of the control law. This technique is referred to as the observer-based stabilization.

Singular System Controller Gain Full Column Rank State Feedback Controller Nominal System
These keywords were added by machine and not by the authors. This process is experimental and the keywords may be updated as the learning algorithm improves.
This is a preview of subscription content, log in to check access.