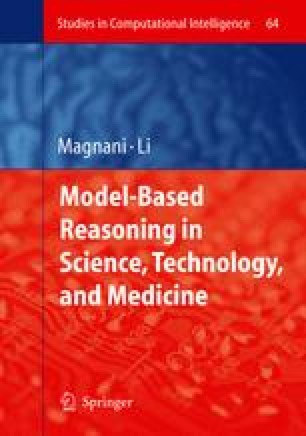 Model-Based Reasoning in Science, Technology, and Medicine pp 147-159 | Cite as

Summary. In this paper, we first construct a descriptive de.nition for emergence based on multilevel ontology, and then use Cellular Automata Modeling to simulate some classical emergent processes, such as Conway’s game of life and virtual ants building highway, which shows how the emergent phenomena arise, how the emergence of system at higher levels is derived from the simply basic interaction rules of system elements and their initial conditions at lower-levels. Although those inferences are deducible, they are not analytic. They are “bottom-up” synthetic methods based on computer simulation. There are three conditions that must be met when an emergent phenomenon can be reasoned out from its low-level elements and their interaction rules: (1) They must be simulatable, namely, that the elements and their operation rules can be constructed. (2) They must be computable, at least computable in principle. (3) They are necessary con.guration function at the high level and auxiliary hypotheses. These indicate the limitation of the method of “derived from simulation” for understanding emergence. Moreover, most of system emergent properties cannot be de.nitely predicted because of complexity, hierarchy, uncertainty and adaptability in the development of systems. That is to say, in fact, we are using a new reducible method to prove that it is insu.cient to understand emergent phenomena only with reducible method.