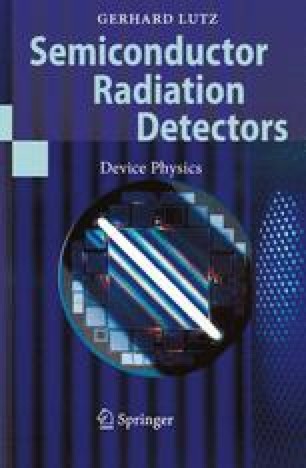 Today’s semiconductor detector technology is to a large extent based on planar technology, which was originally developed in the field of microelectronics. It has been adapted and introduced to detector grade silicon processing by J. Kemmer (1980). Although these detectors were by today’s standards fairly simple in design, the requirement of maintaining the high-quality semiconductor properties during processing did not allow a straightforward application of the technology. It was the general belief at that time that planar technology with its high-temperature processing steps would destroy the quality of the silicon material. Since then, detectors have become much more sophisticated and approach the complexity found in microelectronics. Therefore many of the methods used in microelectronics have been introduced into detector processing and diagnostics.

Silicon Nitride Detector Processing Semiconductor Surface Detector Technology Dopant Atom
These keywords were added by machine and not by the authors. This process is experimental and the keywords may be updated as the learning algorithm improves.
This is a preview of subscription content, log in to check access.