Psychology of Media in Europe 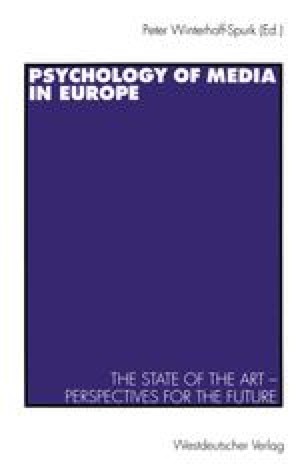 The ITC has undergone substantial change as it enters 1993, the causes being new technomena, an inheritance of a market-based philosophy of social control and an Act of Parliament that determines the future shape of the Independent (advertising funded) television sector. Hitherto there was a regime of proactively involved quality control harnessing ‘commercial’ television to goals of public service, carried out by the Independent Broadcasting Authority. The IBA was the broadcaster of ITV Channel 3 and of Channel 4 and the owner of the latter. The research department of the IBA was required to discover the opinions of the viewers concerning the programmes broadcast. To do that, a system of appreciation measurement was set up, based eventually on a national sample of over 4000 people. Panellists endorsed each programme they saw enough of to form an opinion of it, with a mark showing their response on a six-point scale of how “interesting and/or enjoyable” they found it. Results were processed to produce an Appreciation Index (AI) for each programme, which is a score on a 100 point scale.