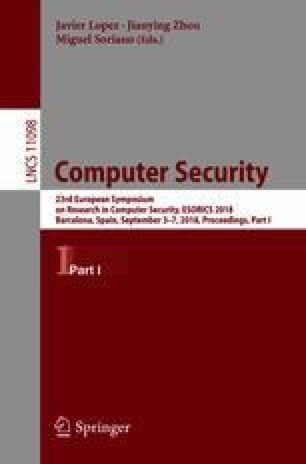 We show how state machine learning can be extended to handle time out behaviour and unreliable communication mediums. This enables us to carry out the first fully automated analysis of 802.11 4-Way Handshake implementations. We develop a tool that uses our learning method and apply this to 7 widely used Wi-Fi routers, finding 3 new security critical vulnerabilities: two distinct downgrade attacks and one router that can be made to leak some encrypted data to an attacker before authentication.

This work has been supported by the Netherlands Organisation for Scientific Research (NWO) through Veni project 639.021.750. 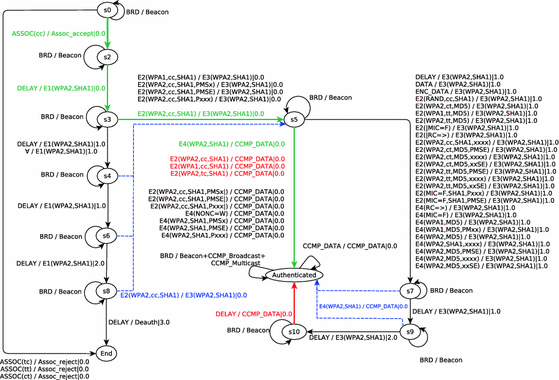 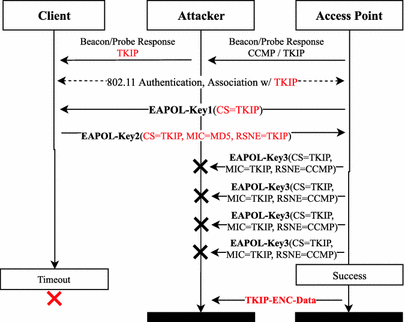 Also important is the probability that our method will discard correct queries that has been correctly learned. We assume the worse case which is that there is only one incorrect message. In this case correctly learned queries are only discarded at the \(i^{th}\) test if, the at the \(i-2^{th}\) test the incorrect response has been seen 1 time less than the correct message, and the incorrect response is seen for the next two messages.

It is only possible to have one less incorrect than correct message for an odd number of tests. The probably of this happening is at the 2m + 1th step: and the probably of correct queries being discarded at the 2m + 1th step as: \( discard (2m+1) = oneOff (2m-1)p_e^2\). Following the discard of a correct state, there will be one more vote for the error response, therefore to return to the correct state and discard it again, we require 2 more correct responses than error respondences followed by 2 error responses to trigger the discard: for \(m \ge 2\).

The probability that the first discard of the correct query happens at a particular step is:

So, therefore the probably of any discard of a correct response in the first n tests is: