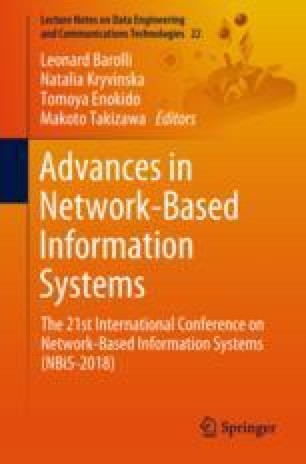 Energy Management System (EMS) is necessary to maintain the balance between electricity consumption and distribution. The huge number of Internet of Things (IoTs) generate the complex amount of data which causes latency in the processing time of Smart Grid (SG). Cloud computing provides its platform for high speed processing. The SG and cloud computing integration helps to improve the EMS for the consumers and utility. In this paper, in order to enhance the speed of cloud computing processing edge computing is introduced, it is also known as fog computing. Fog computing is a complement of cloud computing performing on behalf of cloud. In the proposed scenario numbers of clusters are taken from all over the world based on six regions. Each region contains two clusters and two fogs. Fogs are assigned using the service broker policies to process the request. Each fog contains four to nine Virtual Machines (VMs). For the allocation of VMs Round Robin (RR), throttle and Ant Colony Optimization (ACO) algorithms are used. The paper is based on comparative discussion of these load balancing algorithms.

An energy management system (EMS) is necessary to control the electricity consumption and generation. Platform for the EMS should be economical and affordable for the ordinary electricity consumer. Microgrid (MG) now made the Power Grids (PGs) more efficient by its unique features like distributed generation and energy storage, MG can connect with PG or can operate independently [1, 2]. The generated energy from MG need to be distributed among consumers using Smart Grid (SG) to maintain the balance between energy demand and supply curve in on-peak and off-peak hours [3, 4, 5]. Smart meters are used to access the information of Internet of Things (IoT) devices. IoT includes the number of devices that can sense, act and compute [6]. SG is completely automated infrastructure which controls the energy requirements of these devices in the economical way with the responsibility of rapid response [1, 7].

The SG is modern electrical grid, it supports two way communications, which helps to gather the information from different IoT devices using Information and Communication Technology (ICT). The energy generation is managed, devices are monitored and energy is distributed among them by using that gathered information. SG improves reliability, sustainability and efficiency of smart meters. It manages the operations, cost and reduce the peak load for utilities and transmits electricity in the efficient way in economical cost [8].

When billions of Internet of Thing (IoT) devices are in operation at that time the calculation for these devices become burden for the SG. To overcome this issue cloud computing introduced as a centralized computing, integrated with IoT. Cloud computing provides different hardware and software base services over the network. Super computer processing can be achieved by using the cloud computing [9]. It provides its platform for different computational service i.e. user can execute the code or can perform any type of processing. Cloud provides software as a service facility to the users, any one can view his/her profile through browser. User can use Infrastructure of a cloud as a service e.g. server can be used as storage [10].

When the number of devices increased in IoT the processing smart meters may take the extra computing time and response time will be increased due to computing latency [1]. Fog computing introduced to cover this limitation. Fog Computing is laying between IoT devices and cloud data center. Fog provides the storage, computation and networking services between devices and cloud computing. Day by day the number of IoT devices are increasing, the traditional cloud system is not designed for the type of data which IoT devices produce [4]. Other unique features of fog includes; mobility, heterogeneity, location awareness and real time response. The reason for these advantages is nearer to the end user, instead of remote data center.

In this paper, interaction between the SG and the emerging technology fog computing is considered and proposed the Ant Colony Optimization (ACO) algorithm for the load balancing of VMs lying in the fog architecture. At the end results are compared with Round Robin (RR) and throttle algorithms.

For the implementation of EMS, a platform is necessary for the interaction of devices [1]. Author proposed a Fog based EMS, where fog is introduced as a platform for the connectivity of smart devices, which is based on low cost and low power devices. Fog computing provides the facility of separate storage of private and public data because of its distributed nature [11]. The main reason for employing cloud computing is its cheap rates. In [10], considered the problem of charging and discharging of Electrical Vehicles at Supply station, Fogs are working locally under the central cloud. Two different scheduling algorithms are proposed for minimizing the waiting time of vehicles. Author in [12] proposed a cloud-fog based environment and used Particle Swarm Optimization (PSO) and RR for the load balancing of VMs, because burden on a particular VM can lead to high latency, so balancing of load is necessary for effective response.

In this paper, proposed the cloud-fog based infrastructure, integrated with SG to get benefits of cloud computing. Following are the contributions of the paper.

The rest of the paper is organized as: Sect. 2 related work, Sect. 3 introduces system model, Sect. 4 based on the simulation and result discussion and at the end conclusion of the paper is drawn.

To balance the load on cloud and fog multiple algorithms are proposed by the researchers. These algorithms manage the requests of clients and schedule their tasks. The load balancing algorithm assigns task to each VM to utilize all the resources and to avoid the unbalancing between the VM’s load. The common algorithms used for the resource allocation are, Round Robin (RR), Shortest Job First (SJF), throttle, Artificial Bee Colony (ABC), Genetic Algorithms (GA) etc.

The authors in [10] formulated the problems of Electrical Vehicles (EVs) charging and discharging. Interaction between the EVs, Electrical Vehicle Power Supply Station (EVPSS) and cloud computing is defined. Scheduling is performed by using two priority assignment algorithms based on calendar and non calendar vehicles. Fog computing platform is used to manage the computation of devices in [1] to get the high response rate with low latency.

In [13] authors considered the efficient management system of mobile phones. Mobile phones always retrieve the location of data from the cloud. However, retrieving always data from the remote cloud, it will increase the response time so the edge computing concept is utilized to reduce latency and get faster response. Approximate approach is utilized to formulate Primal Problem (PP) into three Sub Problems (SPs). Particle Swarm Optimization (PSO) with simulated annealing algorithm is used for the resource allocation in [14] with the new service broker policy to allocate the data center by least estimated response time. Finally proposed technique compared with RR, throttle and Cuckoo search.

Shortest Job First (SJF) is proposed in [15] to tackle the load. The algorithm is implemented in two different scenarios in the paper. In first scenario one data center is allocated to twenty five VMs and in second two data centers are allocated to fifty VMs. Second scenario produces better results than first one. This proposed technique is farther also compared with RR and Equally Spread Current Execution (ESCE) and examined that SJF produced better result than others in the proposed scenario.

In [16] author proposed real-time dynamic pricing model and scheduling the users request on real time environment. Considered problem is of electric vehicles charging and discharging to reduce the peak load and manage requests efficiently. Software define networking technology based decentralized cloud computing architecture is used in the proposed approach. Real load of Toronto electricity is used for the simulations. For reducing load Peak to Average Ratio (PAR) Monte Carlo method is used in [17]. By reducing load from PAR reduces the cost of electricity.

[18] focuses on the novel cost oriented optimization model to allocate the cloud computing resources to the cloud based Information and Communication Technology (ICT) infrastructure. Resources are allocated in a cost efficient and flexible way using the modified priority list algorithms. To demonstrate the effectiveness of the proposed model on the operation cost reduction, comprehensive numerical studies are included.

In the proposed model, 6 regions are considered from all over the world. Each region includes two clusters and each cluster contains four to five buildings. The model is based on three layers, i.e., consumer layer, fog layer and cloud Layer. In a single region, we have two fogs, each fog is linked with two clusters via controller, as shown in Fig. 1. We consider that in each building, we have seven to ten homes. Each home has its own renewable energy resources and battery to save extra energy. When the demand of electricity is higher than the produced energy, then the storage battery will be utilized in order to fulfill the electricity demand. In case, battery does not have enough energy storage as compared to user’s demand, then the request is send to that fog, by smart meter of a home. Fog transfers the request towards the SG. Numbers of appliances are here to consume electricity.

The fogs are used to allocate the resources in an efficient way. Homes are connected with fog through smart meters. Fog contains different VMs to provide fast response to the consumers. Numbers of different applications are running on the VMs to process the requests of clients.

Cloud layer is on the top of fog layer. Fog provides the facilities of cloud, faster than the cloud because cloud is far away than fog from the user. For the permanent storage of data, fog sends it towards the cloud because it can only save data temporarily. The main reason of using cloud-fog based environment on Smart Grid is for computational purpose. Different load balancing Algorithms are used for the balancing of the load on VMs.

In proposed system model we considered M fogs in each region, each fog contain set of VMs as \(\text {VM}=\{vm_1, vm_2, vm_3,\dots ,vm_m\}\). Set of VMs is denoted by VM and there are total m numbers of VMs. These VMs deal different tasks which are assigned by the load balancing Algorithm and requested by the users. Set of tasks is represented as \(\text {T}=\{t_1,t_2,t_3,\dots ,t_n\}\). There are n numbers of total tasks which will be served by different VMs.

The VMs are working in parallel order, each VM have the same capacity to deal with different tasks. These VMs do not share resources with each other. Each VM is assigned by evaluating different performance metrics: response time, processing time, cost of VM, requests per hour. These parameters are formulated using linear programming [19, 20].

The proposed algorithm is ACO, it is used to find the best path from the wide range by selecting optimal path. Ants in real world wander randomly for finding food, after finding food by lying down their pheromone trail return to their colony.

The fellow ants, follow the same trail for food by discovering the shortest path.

Java platform is used for simulations with Netbeans. By utilizing the ‘Cloud Analyst tool’ results of ACO are computed and also compared with two other load balancing techniques, i.e., throttle and RR. For the selection of fog three services broker policies are available in ‘Cloud analyst’. For plotting Graphs, Matlab is used. Machine for performing the simulation is utilized with processor ‘Intel Core i3’, RAM 6 GB and storage 500 GB.

In this paper, a cloud-fog based architecture is proposed based on three layers; cloud layer, fog layer and consumer’s layer. MGs are connected with fogs, user cannot communicate directly with it. Users put their request on fog for the energy requirement. These requests are assigned to fogs by using three different service broker policies. Fog layer compute the energy, consumed by the consumers and process their requests using VMs. Load of VMs is balanced by using RR and throttle and ACO load balancing algorithm. Simulation is performed using Java platform in NetBeans. Simulation results shows that the proposed algorithm ACO performed better than the RR.