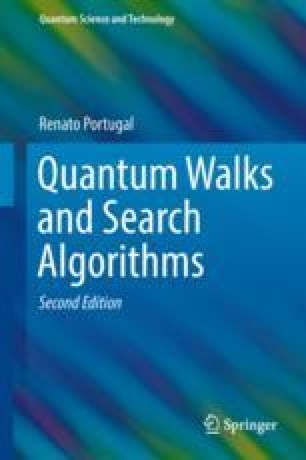 Grover’s Algorithm and Its Generalization

Grover’s algorithm is a search algorithm originally designed to look for an element in an unsorted quantum database with no repeated elements. If the database elements are stored in a random order, the only available method to find a specific element is an exhaustive search. Usually, this is not the best way to use databases, especially if it is queried several times. It is better to sort the elements, which is an expensive task but performed only once. In the context of quantum computing, storing data in superposition or in an entangled state for a long period is not an easy task. Because of this, Grover’s algorithm is described in this chapter via an alternate route, which shows its wide applicability.