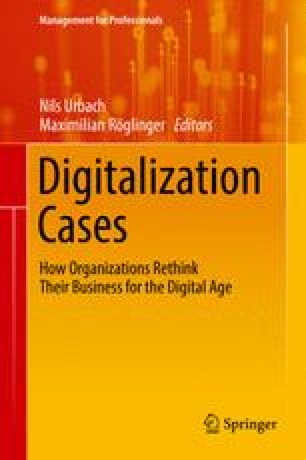 Chapter
Part of the Management for Professionals book series (MANAGPROF)

Chief Information Officer (CIO) Quick Wins Cloud Implementation Modernization Efforts Open Innovation Approach
These keywords were added by machine and not by the authors. This process is experimental and the keywords may be updated as the learning algorithm improves.
This is a preview of subscription content, log in to check access.

We thank David Bray and his team at the FCC for providing us material for this case study. All errors and omissions are solely our responsibility.