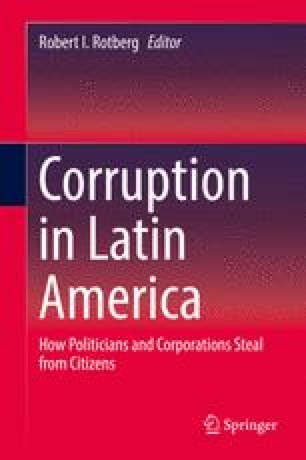 Brazilian Corruption Overseas: The Case of Odebrecht in Angola

This chapter analyzes the mechanisms of corruption that allowed Odebrecht to develop activities in Angola with the assistance of the Brazilian government in the period ranging from the beginning of Odebrecht’s investment abroad, in the late 1970s, to its systemic collapse in 2015. The chapter argues that Odebrecht replicated in Angola the methodology of corruption that it used to infiltrate the Brazilian government, with tremendous success.

I would like to thank Professor Maria Hermínia Tavares de Almeida and Professor Adriana Schor for their generous and invaluable support.