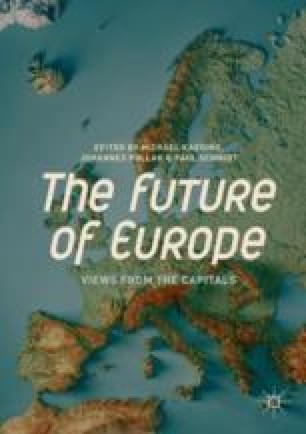 Germany and the EU: Managing Differentiation to Avoid Structural Segregation

Germany’s European policy is conditioned by three challenges. First, the negotiations on the next Multiannual Financial Framework (MFF) contextualise Berlin’s considerations on how to tackle a post-Brexit budget with growing demands for more European spending. Given that Germany will hold the Presidency of the Council of the European Union in the second half of 2020, the government must combine its priorities with its role to broker the end-game. Second, the European Parliament elections in May 2019 display the uncomfortable context of any “big reform” debate on the EU. Brexit forces countries to compensate for London’s share of contributions to the EU’s resources. Combine Brexit with the uncertainty surrounding the future alliances of the Italian 5Star Movement and Macron’s “en marche” and you realise the major dynamics in the various political groups. In any event, Berlin’s ability of yesteryear to project its grand coalition into a similar alliance within the EU-Parliament is more than uncertain when the Parliament is likely to mutate into an imponderable, if not erratic, actor that risks blocking major reform initiatives. Against this backdrop, ideas to escape this unknown future by combining differentiated integration with the means of intergovernmental procedures and institutions may flourish. Macron’s related proposals for a eurozone budget, a European Finance Minister, and the safeguarding of such core’s decisions by national parliaments represent a traditional French strategy to bypass supranational actors such as the Commission, the Court of Justice, and the Parliament and to decide within the core by unanimity. While Merkel might continue to support ideas for such a differentiated, intergovernmental Europe, the SPD and others are likely to block attempts that risk structural segregation and a de facto dismantling of the EU’s supranational strength. Third, the bullying Trump administration’s trade-war policy displays Germany’s economic weakness. Export giants are vulnerable to protectionist action by third countries. If Trump follows up on his repeated threats to slap tariffs on imports, the EU will realise that Germany is the weakest link in protecting the EU’s economy on a global scale.

Multiannual Financial Framework (MFF) Macron European Spending Intergovernmental Procedures Major Dynamics
These keywords were added by machine and not by the authors. This process is experimental and the keywords may be updated as the learning algorithm improves.
This is a preview of subscription content, log in to check access.