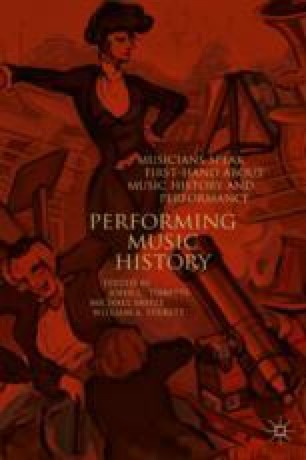 Today names such as Johann Sebastian Bach and George Frideric Handel are far more familiar than Josquin des Prez one of the great early Renaissance masters, or even Claudio Monteverdi, who all but intended opera at the beginning of the seventeenth century. Pianist Rosalyn Tureck has devoted her long life to bringing Bach to today’s audiences. Organist and church musician Simon Preston provides information about Handel’s life as well as his sacred compositions, while flutist Samuel Baron discusses not only his own performances but those he organized with his Bach Aria Group Finally, conductor John Eliot Gardiner explains the joys of performing the masterpieces of Bach, Handel, and other eighteenth-century luminaries. As a group they also discuss two apparent conflicts: those of Handel, a man who wanted to compose for the theater and ended up famous for his sacred works, especially Messiah; and those of Bach, long a church composer celebrated today largely for his instrumental compositions.